A random ember or glacier weapon

Finding the Master of words 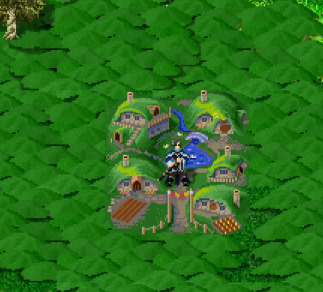 Enter and go south one map, the temple of words is circled in blue. Apply to enter. 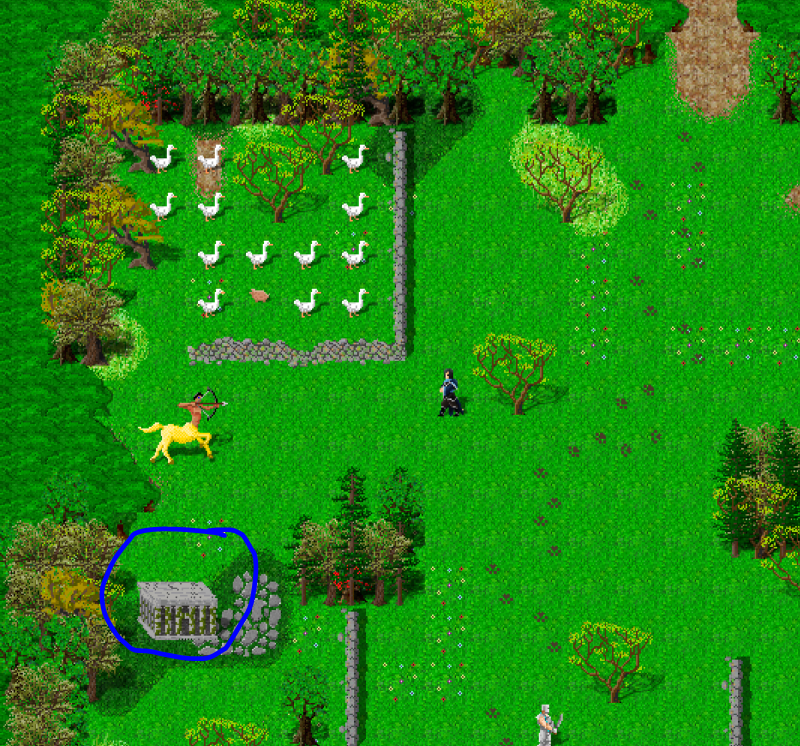 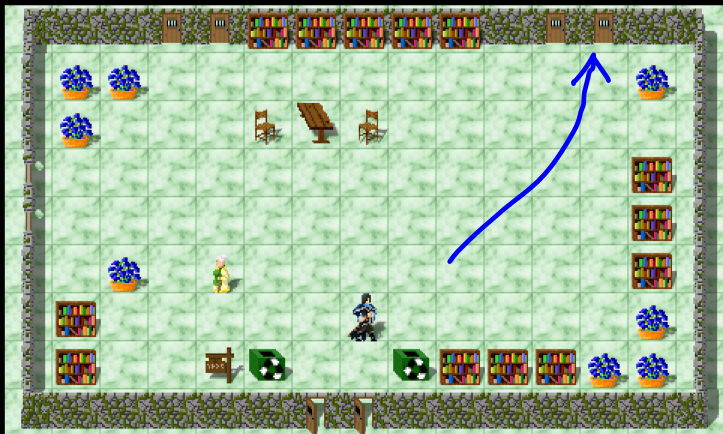 Circled in blue are the crevices. In these crevices, are brown dragons, green dragons, serpents, lead golems, and blood imps.

Kill the dragons and loot their corpses, they will drop cards with letters of the alphabet.

Also, in the crevices you will find two items.

Circled in red are dark green tiles that you need to drop cards on to form a specific word.

Circled in black is a hint to help determine the aforementioned word. 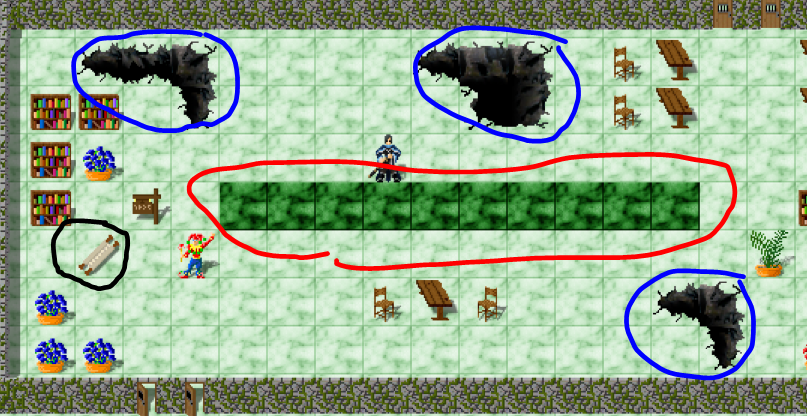 After collecting all the cards, find the word they form and drop the cards on the dark green tiles.

If you got it correct, open the doors in the north east and proceed to the next step. 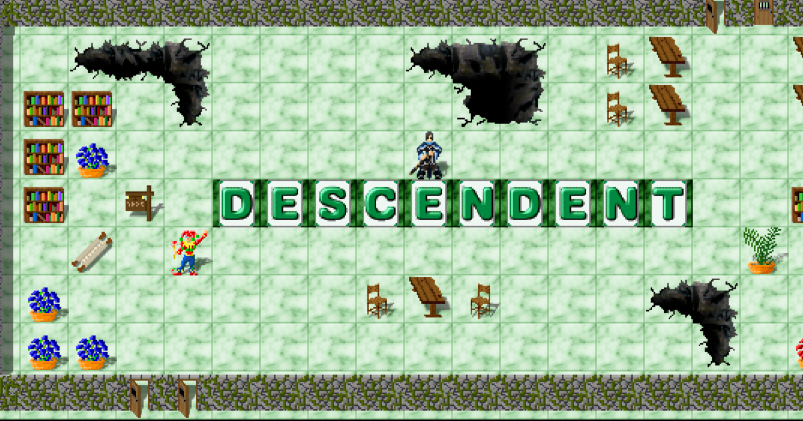 Here you will find a puzzle where you have 1 letter for each word.

The hint scroll you found back in the crevices in the previous map will have hints for what the numbered words could be.

The blue tiles are the letters that form the final unnumbered word.

Take any letters that you need from the bag in the south east by typing take <letter> and use that to fill out the words.

If you find the correct combination, you may proceed north to the reward. 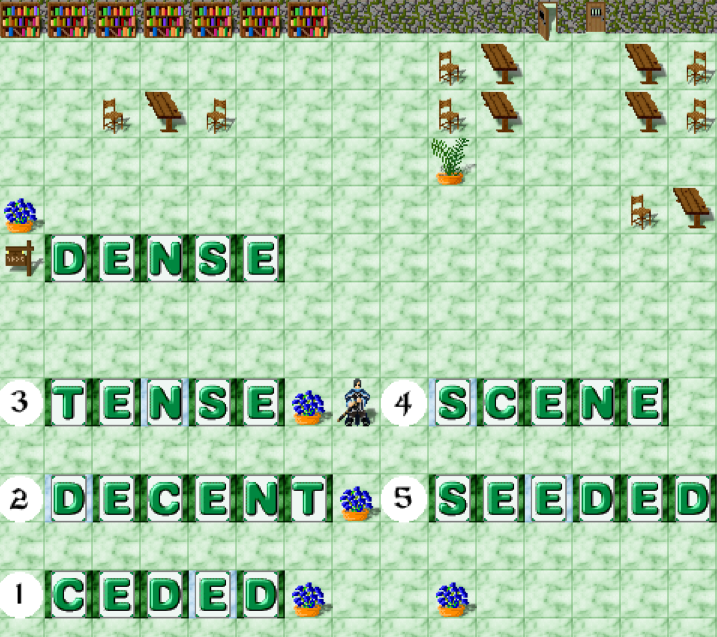 In the next room, you will find a random ember or glacier weapon on the ground. Pick it up and leave via the blue portal. 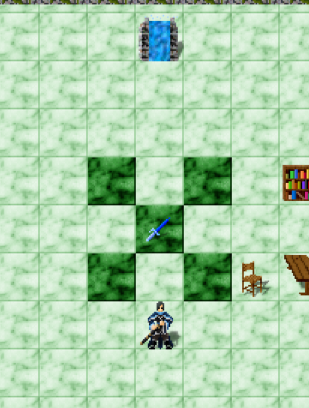